What is the Paleo/Primal Diet Part 3: Dairy

We’ve all been taught since we were little that we need to drink at least a glass of milk a day complete with a nice milk moustache, to maintain healthy, strong bones. Seeing all of those national TV commercials featuring professional athletes drinking milk and getting a silky, white milk moustaches after they finished drinking made milk seem “cool.” I mean, those athletes didn’t look ridiculous with milk all over there faces? Did they?

The government-recommended myplate.gov suggests having around 3 cups of “low fat” or “fat free” dairy products a day. Milk has always had a halo around its head when it came to healthy living. But wait, lets  look at the true health benefits of dairy before we make any final decisions on the calcium-rich, good old white stuff.

Lets start with nutrition. 1 cup of whole milk gives you:

In comparison, one cup of cheese will get you :
So, from a nutrition perspective, Dairy products don’t seem to have many disadvantages to your overall health. In fact, it seems to even be a very good source for a number of macronutrients (protein, fat, saturated fat) and a few micronutrients (vitamins and minerals). 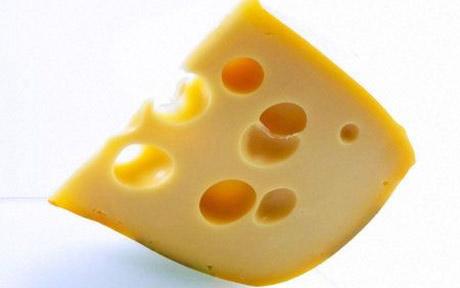 Where does dairy go terribly wrong?

Well first thing’s first, human beings are the only animals in the world who consume the breast milk of other post-partum animals (other than themsleves). As JYI says: “humans place themselves in the odd position of being the only animals that consume milk after weaning. Moreover, humans do not drink human milk, but drink the milk of other species, and do so commonly throughout their adult lives“. So, why did we start using other animals’ dairy in the first place? Well, the answer unfortunately is, we just don’t know. There is a lack of archaeological evidence explaining when cow or any other animal’s milk was originally consumed by humans. Some researchers say milk entered the human diet only around 9,000 years ago when everyone on the planet was lactose intolerant, which means those neolithic dairy farmers made things that were lactose-free (yogurts, cheeses, ghee).

Lactose was originally only broken down in small quantities during the first couple of years of a humans life. However, due to a genetic mutation, some middle eastern neolithic agricultural communities were able to make a small change on chromosome 2 to allow them to consume lactose products in their lifetime without diarrhea, nausea, flatulence, stomach cramps, etc. These communities eventually migrated to Europe where they introduced this phenomenon with Europeans, who now a days “many people” carry the change to chromosome 2.

Which means, YOU yes, YOU could be lactose intolerant and not even know it.

When I started my primal lifestyle, I did a little self-experimentation to test my lactose tolerance which I encourage you to do, as well: Completely stop eating any and all dairy products for anywhere between 3 days to 2 weeks. Once you have completely given up dairy for that time period, drink a glass of milk, wait a little while, and see how you feel. If you end up on the crapper, shitting out your insides . . . well then you’re probably lactose intolerant and you should cut non-fermented dairy out of your diet (cheese, yogurt, and ghee are all lower lactose dairy products that can similarly be tested for tolerance. Harder cheeses present less lactose than softer cheeses).*

However, if you feel fine than congratulations! You are a successful product of a genetic mutation! So, you can have any and all dairy, right?

Wrong. Low fat milk, surprisingly, does not come straight from the cow and is not just milk with the fat taken out. It has a number of additives to “enhance” the milk. Almost always, dairy producers add dried milk powder to skim milk to give it an extra protein boost so it will sell better and keep up with the competition (whole milk). Well, dry milk powders not only severely damage essential nutrients found in milk, but the process of drying milk also oxidizes the cholesterol in milk which, when consumed, cause risks for heart disease. But, don’t go looking on the ingredients of your skim milk for dried milk: “You won’t always find skim milk powder listed in the ingredients of your milk. Because it’s considered an industry standard to use milk powder, milk processors aren’t required to list it.”

Not to mention, skim milk eliminates all of the essential saturated fats that are present in whole milk. Saturated fats are essential to achieving “stable cell membranes and healthy brain, lung, and skin function.” Stay tuned for future posts on saturated fat.

Dairy can be implemented into your health plan in several ways if and only if you can tolerate it. Be it an everyday occurrence in your morning cup o’ joe (post on coffee coming soon!), in the occasional piece of good, hard cheese, or you could leave it off of your plate entirely, everyone will have different levels of tolerance when it comes to dairy. If you choose to partake in dairy, try and look for the cleanest dairy you can find (grass-fed, organic) for optimal health. That should be enough on dairy for a while. I should stop before I get too cheesy 😉

*If you think you’re lactose intolerant, you should see your physician to get the necessary tests to be absolutely sure.